In a recent decision, Square Enix has decided to suspend sales of Final Fantasy XIV: A Realm Reborn because they felt the game was not performing up to their standards. What will happen with the future of this MMORPG? Will it continue its development and eventually be released, or is it doomed forever?

Square Enix has stopped selling Final Fantasy 14 for the time being. The reason for this, is because of a bug that was found in the game’s Mogstation. 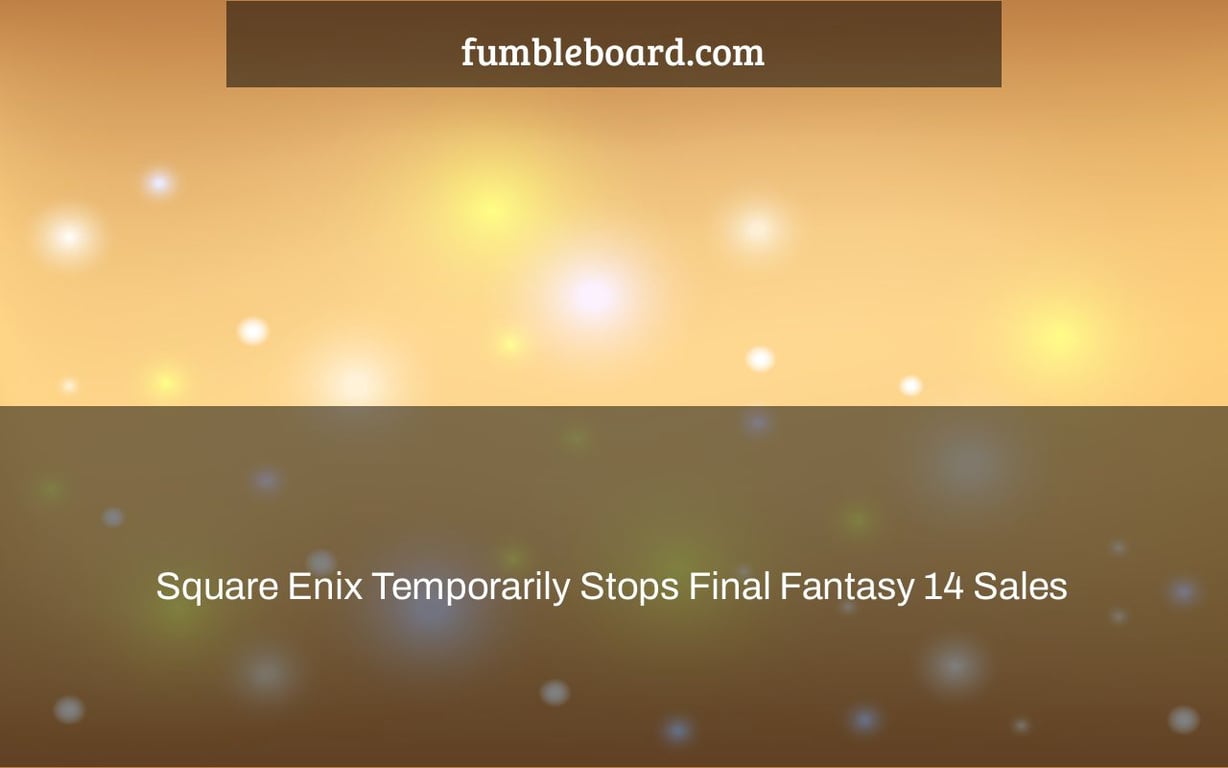 You’ll have to wait a little longer to purchase and play Final Fantasy 14 since Square Enix has temporarily paused sales of the popular game.

Square Enix claims that it wants to relieve the present server congestion. When the Endwalker expansion was released on December 3, players pounded the servers.

Unfortunately for gamers, the overburdened servers are still causing problems. Queue times for certain players are longer than normal. Meanwhile, other players are unable to participate in the game.

New users are unable to purchase the Starter and Complete Editions of Final Fantasy 14 due to server difficulties. Square Enix has also temporarily suspended new free trial registrations due to the difficulty of logging in for new gamers.

All digital retailers will experience sale suspensions during the next three days.

Only new gamers will be affected by the sales freeze. Current gamers may still buy expansions and digital upgrades for the Collector’s Edition.

Square Enix will temporarily cease current Endwalker marketing in addition to Final Fantasy 14 sales. However, it will not be able to eliminate all adverts for the expansion.

To make amends, Square Enix will extend the free membership period from seven to twenty-one days. The next patch and content are still set for January 4, 2022, according to the company.

Williams enjoys walking around the neighborhood with his wife and dog when he is not writing up news. It’s either that or a cup of hot chocolate. Or you could do both.